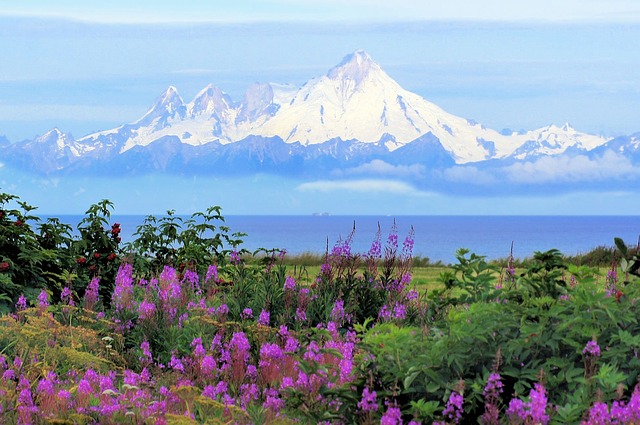 Alaska. “The Last Frontier” is a fitting slogan for this great land. The rugged terrain and harsh winters make an environment that only the bravest inhabitants can stand. Here, one of the latest surveying battles is being fought; not between land owners, but within the professional surveying community itself and pitting technology against historical tradition.

The United States agreed to purchase Alaska from Russia in 1867 for $7.2 million dollars, or about two cents an acre. In 1959, Alaska, with a land mass larger than Texas, California and Montana combined, became the 49th state in the union.

For the professional surveyor, more than 20 million acres of federal government land is scheduled to be measured and divided for conveyance to the state for eventual sale to private individuals.

Surveying can be a challenging profession, and creating new townships in Alaska is no exception. In addition to the difficult environmental conditions, new procedural and technological advances are contesting historical means and methods of the creation of newly surveyed township tracts. The two main items are:

We will discuss the challenges ahead for the future of surveying in Alaska and how it will affect parcel division. While it is too soon to know whether or not this will bottleneck sales of parcels to new landowners, it does bring many technical and procedural questions for surveyors to the forefront.

From the early days of our new nation, surveyors from the Bureau of Land Management (BLM) followed long standing procedures and placed retraceable monuments at various intervals along township boundaries for tract establishment, with two mile intervals being the predominant length for parcels in Alaska. The position of these monuments are held by subsequent surveyors to retrace these tracts for the state or individual owners.

During the course of the original field surveys, crews tasked with establishment of the new corners will note natural and artificial features for reference to these new parcel lines. These features may be trees or forestry lines, streams and rivers, mountains or glaciers. Because of these environmental challenges, these surveys take a great deal of time and effort to traverse through the difficult Alaskan wilderness.

However, the physical act of performing the survey is the only way to establish accurate ties to features found along the way. Surveyors will establish permanent markers at the chosen intervals along the township lines with measurements to nearby features for future retracement. Once placed, the monument becomes a corner for the township parcel and its position holds over any distance or angular measurement to other monuments or reference ties.

Performing these surveys is very costly and takes a great deal of time, so finding ways to reduce the budgetary expenditure for this task has been a priority for the BLM. Modern equipment and technology has improved efficiency and cut down on some necessary manpower, but it still takes a significant number of people to traverse through the dense areas of Alaska.

The BLM has proposed the following changes to establishment of township and section corners during property establishment through a system referred to as a “Direct Point Positioning Survey” (DPPS):

The BLM goes on to state the following conditions for implementation:

These new policies are reshaping not only how traditional surveyors perform their craft, but also flies in the face of more than 200 years of boundary establishment and case law determination of property rights. Surveyors follow a strict guide when evaluating evidence in legal descriptions and/or property boundaries:

Coordinates have historically always been the last resort for corner positioning and/or retracement use, yet the BLM feels that GNSS measurements have increased in reliability to a place where they can be more heavily relied upon for establishment of section corners and other significant points. This is where the second issue comes to light: positional accuracies using satellite-based measuring devices at high latitudes.

For most of us “regular” surveyors in lower latitudes, our GPS/GLONASS measuring equipment operates with little to no trouble. Newer receivers are taking advantage of not only the U.S. and Russian satellites, but will eventually use the European Union Galileo satellites, China’s BeiDou, the Japanese QZSS and India’s IRNSS. Once these additional systems are operational, achievable accuracies worldwide will increase dramatically but we are still several years off.

The issues GNSS users in higher latitudes face are not only lack of satellite coverage, but several factors of environmental interference within the atmosphere. The result of these conditions and hazards are scintillation, positioning errors and cycle slips. These are very difficult to predict, thus increasing data-collection time and efforts to catch potential errors.

Studies performed by several technical teams (including NOAA/NGS) have shown that variations in position occurs often at CORS stations with little or no warning. Ongoing studies are helping to establish potential patterns in the atmospheric intruders, but will require much more analysis.

Some of these issues will be solved with more satellite coverage from the pending systems, but it will also require additional monitoring equipment to help forecast when potential environmental factors are about to occur. These systems will take time and money to develop, and thus increase the budgetary requirement for a new surveying procedure that was planned to save time and money.

But what does this all mean? From the historical side, placing monuments only at perimeter corners and not at township and section corners will place an extraordinary burden on future surveyors to “follow in the footsteps” of the original surveyor.

This flies directly against the duty of the retracement surveyor, so that alone will be a challenge. Studies have shown the instability of GNSS-derived accuracies as performed by highly trained scientists who are well educated at atmospheric recognition. Pairing a revised retracement procedure with providing GNSS-derived coordinate values with potentially faulty data instead of placing monuments is a recipe for disaster.

The biggest issue for most surveyors with implementation of the DPPS method will be for other jurisdictions to follow suit. The main priority of the surveyor is to protect the public. Making a change to allow coordinates to become acceptable evidence will lead to many more boundary disputes and court cases. Too often I hear that one surveyor thinks his coordinates are better than the next (myself included), yet we are dependent on what the receiver gets and the software calculates.

The surveyor tends to believe that GPS is “our” measuring device, and we have exclusive knowledge of its use and application, but we would be hard pressed to tell the client exactly what the equipment does to determine position and distance. A general understanding of your measuring tools is necessary, but it still comes back to knowledge of boundary law and the principles of how to apply them.

While I applaud the BLM for proposing a new procedure to help reduce costs for new original surveys in Alaska, I’m also afraid of the residual effect everywhere else as it establishes a new precedent.

So in the meantime, let the surveyors keep setting monuments and we will revisit the coordinate standard another day. And to quote the surveyor’s favorite geodesist, David Doyle: “Good coordination begins with good coordinates.” So let’s make sure we have accurate data.