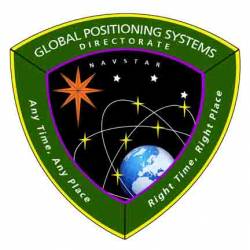 The GPS Directorate is requesting public comments on proposed changes to several interface specification (IS) and Interface Control documents (ICDs) for GPS signals in space. GPS receiver designers will be particularly interested in the changes as they affect how GPS signals should be processed in user equipment.

Several developments have prompted the changes, including work on the Next-Generation Operational Control Segment (OCX), design of the GPS Block III satellites, and a new memorandum of agreement among several federal agencies that would introduce new satellite outage file (SOF) to Notice Advisory to Navstar Users (NANU) messages.

The ICWG is a specialized technical working group that serves as a forum to develop and provide interface requirements, as well as focus on interface detail definition and issues. Members include representatives from the GPS Directorate in the Space and Missile Systems Center at Los Angeles Air Force Base, California, other government agencies and offices, contractors, and other industry organizations.

The proposed interface revision notice (PIRN) 240A-002 describes new OCX-NGA and OCX-USCG interfaces between the control segment and the NAVCEN, as well as the SOF, a machine readable format of GPS satellite outage information that will be included in NANU operational advisories. PIRN-240A-002 will also address numerous formatting errors in the publicly released version of ICD-GPS-870.

IS-GPS-200 defines the requirements related to the interface between the GPS space and user segments for the L1 and L2 civil signals. Proposed revisions are intended to remove ambiguity in contractor interpretation of the specification by clarifying the definition of the parameter Time of Predict (T_op) and other timing parameters.

PIRN-IS-705D-003 outlines proposed revisions regarding timing parameters and the ICE data set similar to those in PIRN-IS-200H-004, only for the L5 signal. A related PIRN-IS-705D-004 describes modifications “to clarify extraneous, ambiguous, redundant, or missing editorial and/or administrative information to enhance the public document [IS-GPS-705D] quality (clear and concise communication)” as suggested by ICWG participants, stakeholders, and key members.