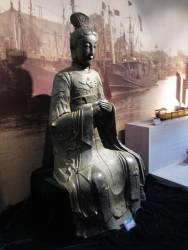 A white paper published by the Chinese government earlier this month outlining the action plan for the BeiDou Navigation Satellite System (BDS) and a press conference featuring the director of the BDS management office provided new details on the progress for China’s GNSS program.

The white paper, the first of its kind for BeiDou, was released by the State Council Information Office (SCIO). It basically codifies and recapitulates the policies and development timeline for BDS that have been announced previously. However, comments by Ran Chengqi, director of China’s Satellite Navigation System Management Office and one of the most prominent spokespersons for the BeiDou system, shed additional on the achievements and direction of the program.

In responses to media queries at a press conference hosted June 16 by SCIO and reported in English translation by China Radio International (CRI), a state-owned radio broadcast company, Ran described BeiDou’s current performance, some achievements in the marketplace, and more details about upcoming development plans.

BDS service in the regional area of operations has achieved availability of 99.996 percent of the time, according to Ran, which is higher than the 95 percent availability when the system officially began offering services. Continuity of service “has surpassed the fundamental criterion of 99.5 percent and reached 99.986 percent,” he added. Real-time stand-alone accuracy reportedly is better than five meters, below the 10-meter specification.

“Based on this data, we are able to say that the functioning of our system can be guaranteed,” Ran said.

China has long characterized its strategy for developing the BDS as having three parts, beginning with design of an “active” positioning system in 1994 that led to a first satellite launch in 2000. That portion of the system, which includes a messaging service, requires the calculation of positions by ground stations that transmit coordinates back to user receivers.

Phase two was the official launch of a regional Asia-Pacific service in December 2012. The service covers an area between 55 degrees north latitude and 55 degrees south latitude, and between 55 and 180 degrees east longitude.

The third BDS phase calls for completion of a 35-satellite constellation supporting a global system, open and free to users, by 2020. Unlike the other three GNSS systems, which rely on midde Earth orbit (MEO) satellites alone, the BDS space segment is a hybrid constellation of satellites in three kinds of orbits: geostationary, inclined geosynchronous, and MEO.

Navigating a New Silk Road
Over the past year, however, China appears to have added an interim development step between phases two and three — that is, the incorporation of BDS into the nation’s Silk Road Economic Belt and the 21st-century Maritime Silk Road initiative (referred to more briefly as Belt and Road), announced in 2013. According to the white paper, reinforced by Ran’s comments, BDS is expected to provide an enhanced, focused service within two years.

The Belt and Road initiative is being promoted to nations such as Pakistan, Saudi Arabia, Myanmar, Egypt, Iran, Indonesia and other members of the Association of Southeast Asian Nations (ASEAN), and the League of Arab States. Cooperation will include technical exchange, technology transfer, educational training, product manufacturing, and establishment of joint ventures, system performance monitoring, and high-accuracy positioning, Ran said.

To support this objective, China will launch about 18 satellites into space by “around 2018 to provide fundamental services for the countries involved in the “Belt and Road” initiative,” Ran said. Over the past year, China has launched five new-generation satellites and the program is testing of their technological capabilities “to pave road for global system,” he said.

Even with only regional service in place, the number of GNSS receivers using BeiDou technology as of April has exceeded 24 million, according to Ran, with another 18 million smart phones being BDS-capable. In China alone, high-precision BDS cards and antennas comprised 30 and 90 percent of the market last year, with sales of 120,000 and 500,000, respectively. In the first quarter of this year, 30 percent of smart phones in China were equipped with BeiDou chips, he added.

BeiDou, a Gift Worthy of the Gods
Among the most important application markets in China to date is in the maritime field. More than 40,000 Chinese fishing vessels have BDS terminals installed, according to Ran.

“Fishermen often say to me that they put two things on their boats before going out for fishing — the statue of Mazu and the BDS terminal,” he said. “The former is considered the sacred sea goddess who blesses fishermen. Thus, it can be seen how important the BDS is in the eyes of fishermen.”

Home-grown BDS manufacturing has produced a 40-nanometer chip and its cheapest chip has a 10-yuan (US$1.52) unit price. He estimated that BeiDou and BeiDou-related products are being used in more than 30 countries around the world.

Among the products that Ran highlighted was a BeiDou “space watch” that he was wearing, which he said had 50-nanosecond accuracy could be used as a pedometer as well as for location and navigation.

A National Priority
Ran attributed much of the rapid progress of BDS to the high priority that China’s leadership has placed on the program.

“The Chinese government has given great attention to the policies and documents demanded by the BeiDou system during its construction,” he said. “Since we started to provide the BeiDou system service at the end of 2012, the State Council made it clear in the “Guidance on Promoting Information Consumption and Expanding Domestic Demands” enacted in 2013 that boosting of BeiDou system construction, applications, and industry formation should be a vital part of the document.”

The government also published a mid-to-long term plan regarding the national satellite navigation industry and the State Council incorporated the Satellite Navigation Regulations of the People’s Republic of China into its legislative plan this year.

“The formulation of the regulations will further promote the system’s construction and applications, establish the system’s legal status as an important part of national space information infrastructure, solidify and strengthen the system’s space service capacity, demonstrate the system’s capacity construction process in the name of the Chinese government, and facilitate a better service of the system for the world,” he said.

China is building a national high-precision, ground-based augmentation system network, with trial operations scheduled to start at the end of this year with a targeted accuracy at the decimeter level. Once the system is completed, operational accuracy should reach the centimeter level, Ran said.

“BeiDou needs to improve in two aspects,” Ran said. “First, it is not globally available; so, we will accelerate pursuance of that objective. Second, we will seek highly-reliable, non-stop and stable operation, because these are features needed by all users.”

The full text of the white paper, translated into English, is available on the China Radio International (CRI)webiste.